Innovating through the study of fibre and polyphenols interaction in foods

Our research unit has a big interest in polyphenolics and heath. The BLEND project is a 3-year study focusing on the interaction between two important components in our food: dietary fibres and selected polyphenolics (complex molecules as depicted on the left, that protect the plant from a variety of hazards and often make the plant colourful).

Both fibres and polyphenolics are metabolised by our gut bacteria and produce molecules understood to benefit gut health; however, very little is known about the interaction between the two – the BLEND project is investigating this, and is funded by the BBSRC DRINC fund.

Gut health underpins many other physiological functions – and the interaction between food and our gut bacteria is now understood to play a crucial role. We know that in the UK, people do not consume enough fibre (found in wholegrain products, beans and pulses, for example) or much polyphenolics (found in all plant foods). The project is exploring innovatively how to enhance the impact of these compounds in our gut, to reduce the risk of chronic diseases and enhance the health benefits of our diet.

What are dietary fibres?

Dietary fibre include plant-based carbohydrates not digested in the small intestine (unlike starch and simple sugar), plant structural components such as cellulose, lignin. Dietary fibres reach the large intestine where they are broken down by the gut bacteria. Common dietary fibres include pectins, beta-glucans, and inulin.

A particular expertise at the University of Glasgow, Human Nutrition laboratory, is the study of gut metabolism. We are using a combination of laboratory models, short-term studies with human participants, and longer-term feeding studies of the impact of food on health.

Our strength is our ability to deliver research relevant to the food and healthcare sectors, since our expertise spans from food design to health assessment.

What is the science behind the BLEND project? 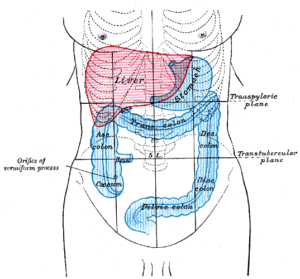 The BLEND project is being delivered in three phases:

Who will be most affected by this study?

With the ageing population and the increased burden of non-communicable diseases, nutrition is increasingly relevant as a strategy to support health. Our research is therefore relevant to industrial partners, but also the public.

An insight into the day-to-day running of the study: did you know that …

A lot of our work involves collecting and processing biological samples – these include urine and faecal samples – this is an aspect which often worries our volunteers (whose participation is anonymised), but the researchers are used to it, and not phased by it!

Who is the BLEND team?

Iodine - an important nutrient for plant-based and vegan diets PhD student Martha Redway presents key points to make sure the...

An interview with Wardah Talib, intern with the BLEND project In November 2018, I completed master’s in Biotechnology and Management...